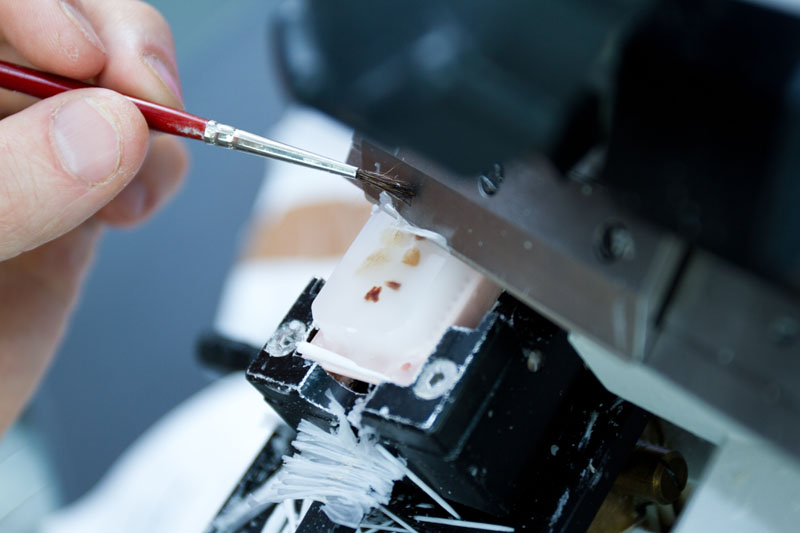 The importance of cellular activity for the development of diabetes
Glucose stimulation increases the expression of beta-cell antigens and is also responsible for increased incidence of type 1 diabetes (T1D). Therefore, we hypothesize that beta-cell antigen activation of the immune system can be part of T1D pathogenesis. A number of experiments carried out by both our and other groups support this activity hypothesis. Thus, conditions characterized by increased secretory demands for insulin, forcing the beta cells to increase the secretory activity, are associated with an increased incidence of T1D. This applies for example to insulin resistance and high content of refined carbohydrates in the diet (as measured by the glycemic index). Likewise, almost all cases of T1D among pregnant women develop during the 3rd trimester. During this period, the fetus is growing the most, forcing the maternal beta cells to secrete the most insulin. This observation does not mean, of course, that pregnancy is a risk factor for diabetes per se; the patients might have developed diabetes at a later time in any case, leaving the pregnancy as a precipitating rather than causal factor of disease development.

The role of gliadin
There is an close association between T1D and coeliac disease, as both diseases are accompanied by a higher incidence of the other. Further, most patients acquire diabetes before coeliac disease starts, while the opposite is infrequently seen. Further, mice on gluten-free diet rarely acquires diabetes.

Beta cell antigens
The main interest of the laboratory is the genetic regulation of the beta cell secretion, in particular during the development of T1D, but also during physiological conditions. Glucose stimulation of beta cells increases expression of several beta cell genes. Since it has been suggested that beta cell activity is associated with an increased risk for the development of T1D, we have characterized genes induced by glucose in MIN6 cells using subtraction cloning. We have identified a number of genes showing variable induction during glucose stimulation. First, several glycolytic pathway genes including enolase, triosephosphate isomerase, phosphoglycerate kinase, lactate dehydrogenase and aldolase are upregulated. We have also found that dynorphin is upregulated, although the function of the peptide in beta cells is not clear at the present.

Dietary gluten
Several studies have documented that dietary modifications influence the development of T1D. However, little is known about mechanisms by which diets modify T1D incidence. We investigated the effect of a gluten-free (GF) diet compared to a gluten-containing standard (STD) diet on selected T cell subsets, associated with regulatory functions as well as proinflammatory Th17 cells. Further, we have performed studies to test if wheat gluten is able to induce differences in the cytokine pattern of Foxp3+ regulatory T cells (Tregs) as well as Foxp3- T cells. Collectively, our data indicate that dietary gluten influences the proportion of multiple regulatory T cell subsets as well as Th17 cells in mucosal lymphoid tissue while fewer differences were observed in non-mucosal lymphoid compartments. Further, STD diet modifies the cytokine pattern of both Foxp3- T cells and Foxp3+ Tregs towards a more inflammatory cytokine profile. This mechanism may contribute to the higher T1D incidence associated with gluten intake.